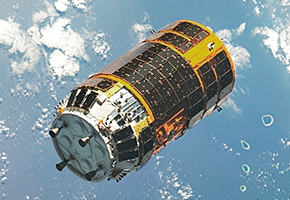 Challenge: create the first Sensor Network in the Space controlled by Researchers from the Earth

With the successful space launch of ArduSat aboard a H-IIB rocket last Sunday 4th August 2013, the first open satellite platform that allows private citizens to design and run their own applications in space is now in the International Space Station (ISS). Included in the standard payload of the two 10cm x 10cm orbiters launched are Radiation Sensor Boards designed by Libelium that will monitor radiation levels generated by space phenomena such as sun storms and background activity. This sensing technology acts as a Geiger counter measuring gamma particles produced anywhere in space. These small Sensor Boards have a size of 4 x 3cm and an overall weight of 40gr to fit the satellite restrictions what made of the project a incredible engineering challenge for the Libelium team.